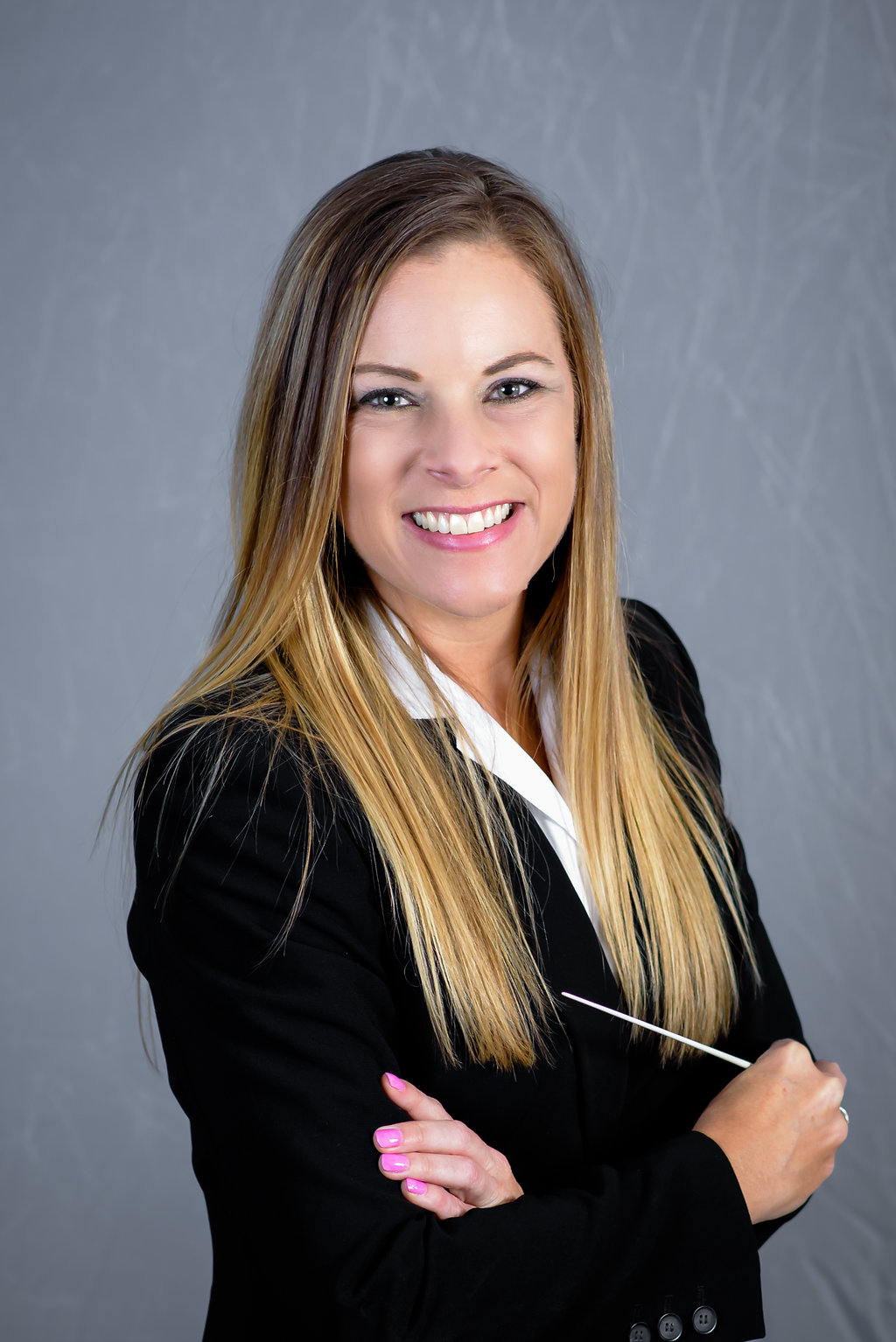 Laura Sturch is entering her 24th year as a band director and her 2nd year as Director of Bands at Little Elm High School. Mrs. Sturch conducts the Marching Band, Wind Ensemble, Symphonic Band and oversees all aspects of the band program. Prior to Little Elm, Mrs. Sturch served six years in Plano ISD as Director of Bands at Clark High School, seven years in Forney ISD, eight years in Alice ISD and one year in Florida. Bands under her direction have earned superior ratings at UIL, Best in Class and Superior ratings at local festivals and have been recognized in the Mark of Excellence National Wind Band Contest. Mrs. Sturch has been involved in Drum Corps International as a performing member with Dutch Boy (1992, 1993) and The Cadets of Bergen County (1994). She served on the brass staff for The Glassmen (2005-2010) and The Troopers (2018- 2020). Ms. Sturch holds the Bachelor of Music Education Degree and a Masters of Music Education Degree from The University of Southern Mississippi. She is a member of the Texas Music Educators Association, The Texas Bandmasters Association and is a provisional member of the Texas Music Adjudicators Association. She has served as the assistant region band chair for TMEA Region 24 as well as a band organizer for Region 24. Mrs. Sturch enjoys fitness and health and is always training for upcoming races. She and her husband Greg reside in McKinney. 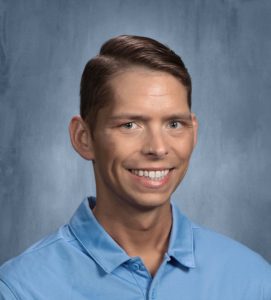 Clay Singletary serves as Associate Director of Bands at Little Elm High School. Mr. Singletary is a Rockwall native and graduated from Rockwall Heath High School. He went on to graduate with a Bachelors in Music Education from Stephen F. Austin State University, and a Masters of Educational Administration from Texas A&M University-Commerce. Mr. Singletary was a member of The Lumberjack Marching Band under the direction of Dr. David Campo, a four-year member of the Wind Ensemble under the direction of Mr. Fred J. Allen, as a well as a member of the SFASU Orchestra of the Pines under Dr. Gene H. Moon. Mr. Singletary performed with various ensembles including the Crossmen Drum & Bugle Corps, and has taught multiple summers at ensembles such as the Troopers Drum & Bugle Corps and Madison Scouts Drum & Bugle Corps. Prior to his appointment at Little Elm, Mr. Singletary served as Assistant Band Director at Allen High School. His concert bands received consistent superior ratings at UIL Concert & Sight Reading during his eight years with Allen. In 2016 the Allen Marching Band were honored to perform in the annual Tournament of Roses Parade. In 2015, Mr. Singletary was recognized as Teacher of the Year at Allen High School. Mr. Singletary is an active member of Texas Music Educators Association, as well as professionally affiliated with Phi Beta Mu National Honor Society, Tau Beta Sigma National Music Sorority, and Theta Chi Fraternity. When Mr. Singletary is not teaching, he enjoys exercising, cooking, watching movies, spending time with family and friends, and his dog, Seaton.

Matt Neal is currently the percussion director/assistant director at Little Elm High School in Little Elm ISD. He coordinates all aspects of the high school percussion program, as well as instruction of the beginning percussion classes, middle school percussion sections and percussion ensembles. Mr. Neal held the same position at Creekview High School in Carrollton-Farmers Branch from 2013-2017, Rockwall-Heath High School in Rockwall, Texas, for the 2012-2013 school year and North Lamar High School in Paris, Texas, from 2005-2012. Mr. Neal’s students have been recognized at the state and national level in all areas of performance, including concert and marching percussion ensemble, and in their solo endeavors. Since 2004 Mr. Neal has been a percussion instructor and the music coordinator for the Red River Drum and Auxiliary Camp, an annual summer camp providing instruction for marching percussion, color guard and drum majors. It is one of the largest and most successful summer camps of its kind in the country. From 2007 to 2010 Mr. Neal was the percussion arranger/writer for the Southeastern Oklahoma State University Marching Band in Durant, Oklahoma. Mr. Neal graduated from Southeastern Oklahoma State University in Durant, Oklahoma, with a degree in Instrumental Music Performance in 2003. Following his time at SOSU, he earned a Master’s degree from Louisiana State University in Baton Rouge, Louisiana in Percussion Performance in 2005. Mr. Neal currently resides in Little Elm, Texas with his wife Angela, an Orff specialist and an elementary music teacher in Frisco ISD. 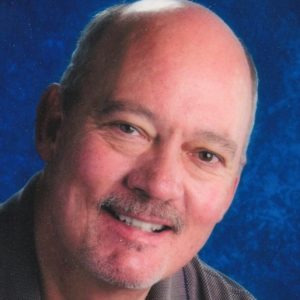 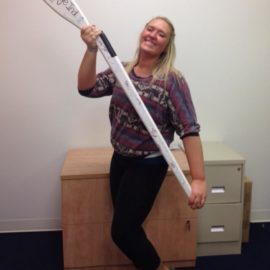 Kristen Zotti is the Guard Director at Little Elm High School. She is originally from Cheshire, Connecticut, where she began her marching career with the Cheshire High School Band and their Scholastic World Class Winter Guard from 2005-2009. During high school, she independently participated in the Connecticut Hurricanes DCI drum and bugle corp from 2007-2010. Following high school, Ms. Zotti performed with the Independent World Guard, Alter Ego, from 2010-2012. She then moved to Dayton, Ohio, to be with the Zydeco Winter Guard for the 2013 and 2014 seasons. As well as her winter guard endevors, Ms. Zotti marched with the DCI corp, the Blue Stars, for two years. During her summers, Kristen Zotti serves as a camp clinician for Fred J. Miller camps. She has worked with many high school guards in Connecticut and Ohio, such as Cheshire, Southington, and Lakota West High Schools. 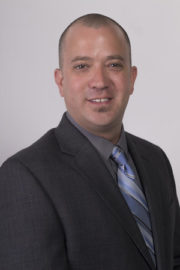 Daniel Hartselle is the Color Guard tech and visual coordinator at Little Elm High School. Mr. Hartselle also serves as director of the Color Guard program at Keller Central High School. His responsibilities include teaching the color guard year-round, as well as assisting with design and instruction of the Marching Band show in the fall. In the winter season Mr. Hartselle leads a varsity and junior varsity winter guard that compete both locally and nationally, including a WGI Finals appearance in 2016. Prior to Central High School, Mr. Hartselle taught at Colleyville-Heritage High School in Colleyville, TX. 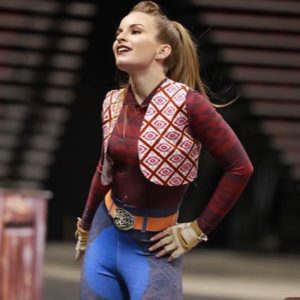 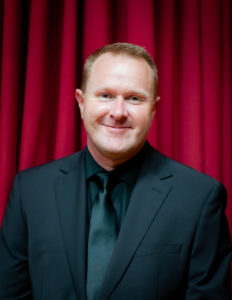 Frank Felice serves Little Elm ISD as the Director of Fine Arts . Prior to his appointment to this position, Mr. Felice served as the Director of Bands at Little Elm High School for seventeen years. In this capacity, he oversaw the band program district-wide, while also serving ten of those years as Fine Arts Coordinator and department chair at Little Elm High School. Mr. Felice's bands have competed in the Bands of America Concert Band Festival, Dallas Wind Symphony Invitational at the Meyerson Symphony Center, National Adjudicators Invitational Festival in San Antonio, the All-American Music Festival in Orlando, Magic Music Days in Orlando, The Breckenridge Music Festival, the Gulfcoast Showcase of Music in South Padre, and many other various festivals throughout the country. Mr. Felice's bands have received numerous Sweepstakes and "Superior" ratings from the University Interscholastic League and throughout the states of Texas and Louisiana. Over the past twenty-six years, Mr. Felice has served as a guest honor band clinician, adjudicator, marching clinician, drill instructor, low brass technician, and summer band camp conductor. He is also currently the Associate Conductor of one of the premier civic wind ensembles in the Dallas-Fort Worth Metroplex, the Metropolitan Winds. In this role, Mr. Felice serves both as conductor and performer on euphonium. Mr. Felice has also performed throughout Louisiana and Texas as a guest performer on euphonium, trombone, and tuba. Frank Felice received both his Bachelor's and Master's degrees from Louisiana State University and holds membership in the Texas Bandmasters Association, Texas Music Educators Association, Texas Music Adjudicators Association, and the Texas Music Administrators Conference. In his free time, Mr. Felice loves to spend time travelling with his family and cooking outdoors. He and his wife, Ginger, are most proud of their two children, Claire and Ryan.