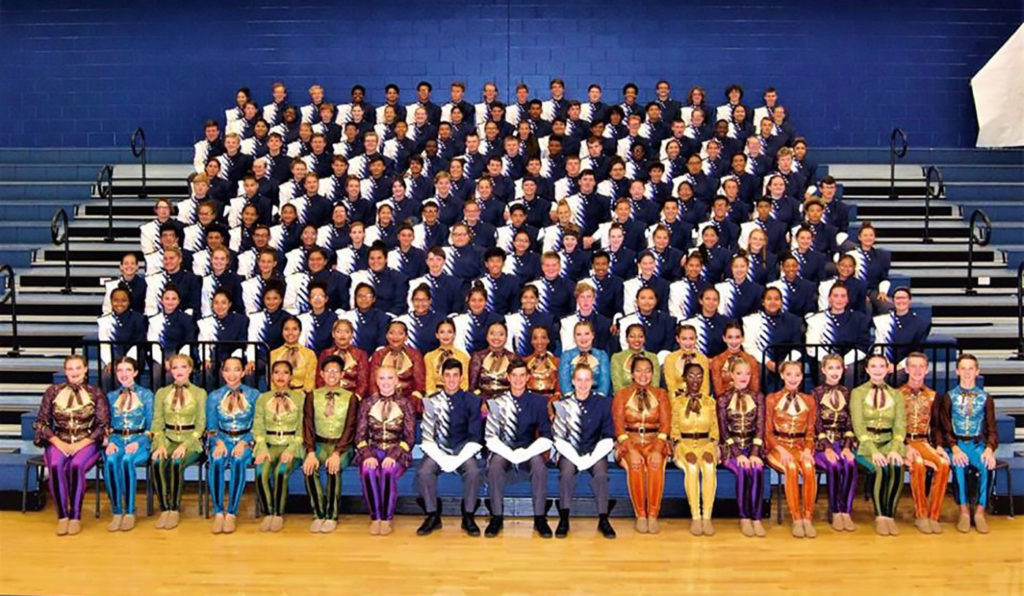 The Lobo Band is directed by Frank Felice, Maxwell Atkinson, Matt Neal, and Kristen Zotti. The LEISD Band department team members include Amy Lawhead, Sarah Middleton, Steven Olmstead, and Kaleen Hernandez. The drum majors for this year are: Chloe Hill, Keaton Mikeska, and Jack Weikert. As with any successful student organization, the Lobo Band has a tremendous parent support group known as the Little Elm Band Boosters. The L.E.B.B. President for the 2019-2020 school year is Mac Sandoval. The past president is Mr. Mark Frizzell. The directors and students of the Lobo Band would like to recognize the tremendous amount of work and support our boosters provide all students in the band program.

For its 2019 contest show, the Lobo Band will be presenting “THE MUSIC OF SIGHT.”

We hope everyone will enjoy the show as it reveals itself over the course of the Fall.

Music (parts) and .mp3 recordings for the contest show can be found on Charms. Students will need to login to their Charms account to access these documents.